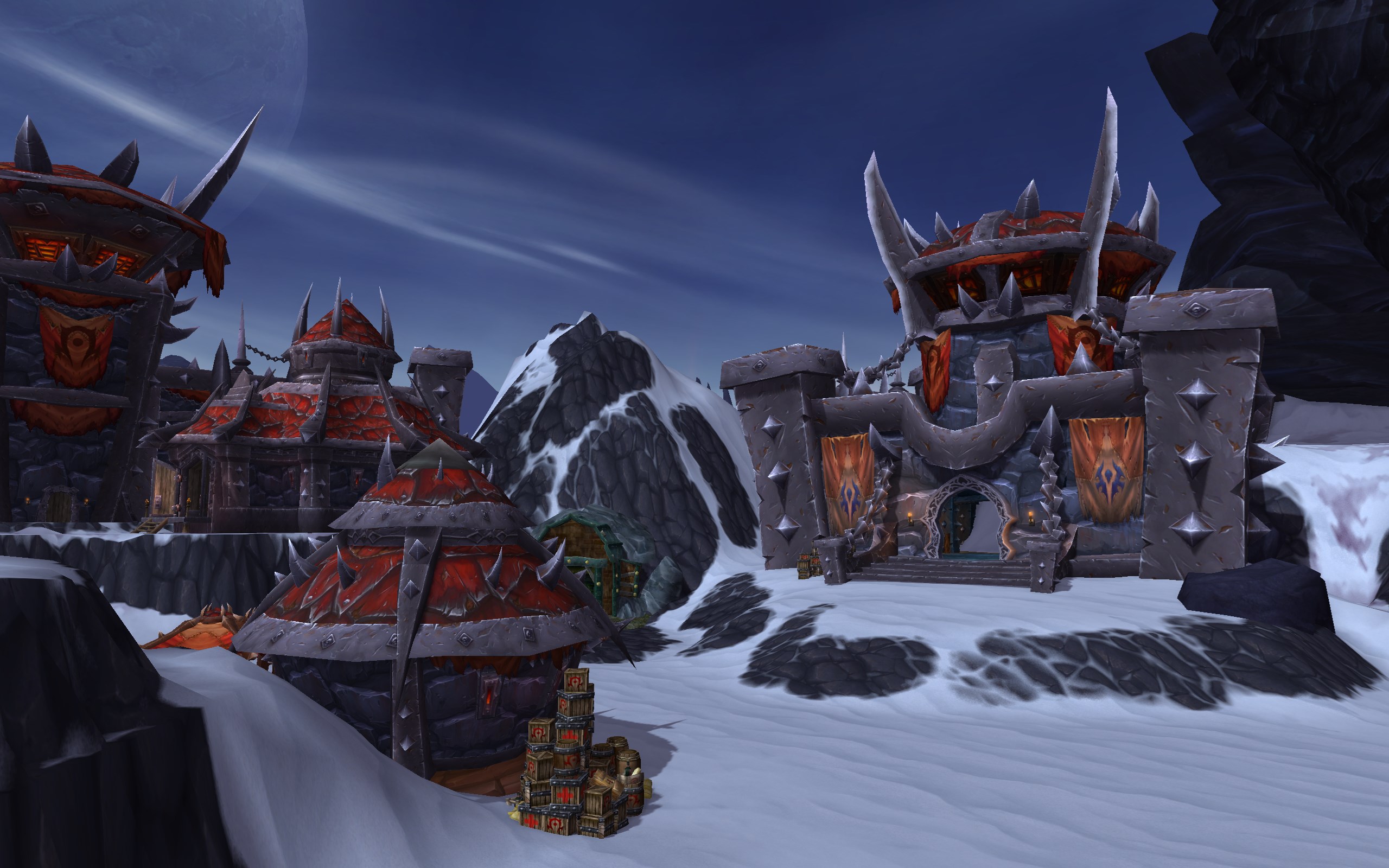 I have to say, I'm really enjoying the Warlords of Draenor expansion. Like someone on Twitter said the other day, this one feels very “Warcraft” compared to the last one, Mists of Pandaria. While I definitely enjoyed parts of MoP and it was gorgeously designed, I never really felt like I was part of it. It felt like a weird spin-off of everything before it. It felt odd, as my Undead Rogue, to be standing in the sunny, lush lands of Pandaria with its blowing flower blossoms and bright colors. I never felt at home there.

This one feels like it's all come back home. It's all dark and foreboding, like the Wrath of the Lich King expansion. There are angry Orcs everywhere fighting against other angry Orcs. Though, I've mainly played Horde so far. I only got my Alliance character up to garrison intro level, I assume both sides are similar. With the Horde quest lines, you feel part of everything that is going on. You're dealing directly with Durotan and his son, Thrall (though, I don't think he knows that, yet) while they stand in your Garrison as you fight your way across the world of Draenor. I especially liked the final quest in the Frostfire Ridge area, called The Battle of Thunder Pass. It was like a small dungeon run (and very 300-like), but solo (along with a lot of AI players.) You got to take down tons of enemies and then a few big, elite boss-type enemies.

The garrison stuff is a nice addition. Sending your followers onto side missions is fun. You sometimes get nice rewards for it. I only have three extra buildings so far, since I'm still trying to determine what exactly they all do and what would be best for my character. I did like the initial Garrison Invasion quest. I guess these become more common once you hit max level and start defeating enemies from specific factions. Once you kill a certain amount of these enemies, their faction will attack your garrison. This allows you get some neat rewards.

I have not done any PvP or much else other than questing, though I expect to try some of it out. I hear the WoW 10th Anniversary stuff will be happening soon. This is opening an old-school type Team Deathmatch PvP area called “Tarren Mill vs Southshore” that brings back the feeling of the old Hillsbrad Foothills fighting between factions. Plus, if you win, you get a neat title.

Munchin’ on Some Grindage