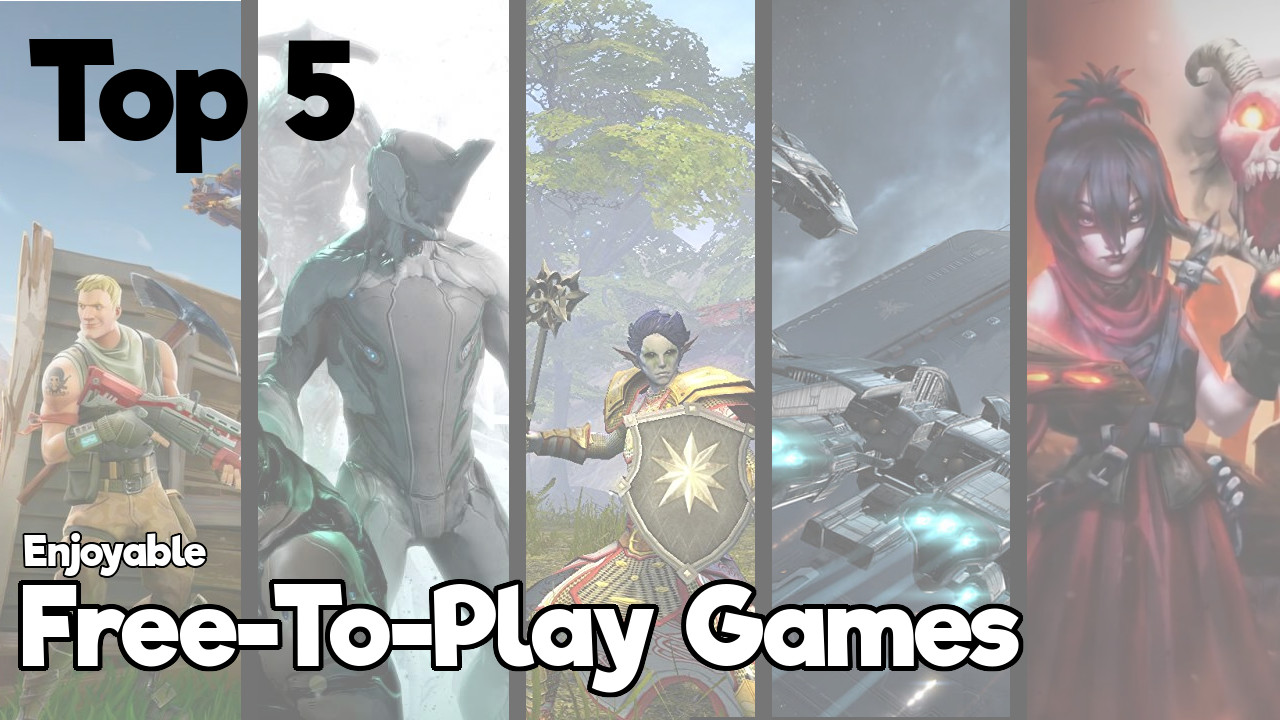 When there are four of you and you all like your own style of games, sometimes the budget just can't handle it. Sometimes it's like “this month, the kids get a game they wanted, next month it's my turn. But I wanted three other games!” Fear not, there are many free-to-play games out there that are a lot of fun. Free-To-Play can sometimes sound like a dirty phrase. There are a lot of free-to-play games out there that muddy the waters for everyone else, but there are some gems out there that give you a lot for free. Then, if you so choose, you can send them your money and get more stuff and help them keep developing. It's a win-win.

Note: These are all PC/Console free-to-play games. I didn't want to mix in smartphone or tablet games into this list. This is a newcomer to the Free-To-Play arena. Originally out as an early access game, it went free-to-play on February 22nd. Even though I don't want go make general comparisons, but if you've ever played Blizzard's Hearthstone (which is also free-to-play), you'll know how to play Fable Fortune. It's a free-to-play collectible card game, but based within the world of Fable.

The Fable series was always one of my favorites. They mixed fantasy with a good sense of humor very well. This game is no exception and they added a few different play styles to the genre to make it interesting, like quests, choosing good vs evil, and guards. They've also built it with 2-player co-op in mind and it's very fun. You both take on an enemy, but you alternate turns. The strategy comes in when you play your cards since you can both work off of each other.

Fable Fortune is available on PC and XBox One.

Warframe is “a free-to-play cooperative third-person shooter video game.” In terms of play-style, think of Destiny. Though, your style and path are very customizable. Everything you want to get is doable without paying a cent. Obviously, you can use real money to speed this time up, but from what I have heard most things are very attainable.

The players are always pitted against enemies in superior numbers. To this end, players have at their disposal a varied arsenal of weapons both archaic and modern, and most notably, their most powerful weapon–the titular Warframe, each of which has a particular set of abilities. Despite being primarily a shooter game, the gameplay has a definite focus on the synchronization of players' arsenal, allowing for limitless creativity in combat.

Even though the game has been around for many years, it's recently had a resurgence. I've only played it for a few months, but I've always had a lot of fun. I imagine it's ever more fun with other people, since I've only played solo so far.

Warframe is available on PC, PS4, and XBox One. Since the Battle Royale game style is now all the rage, there would probably be one on this list. I actually purchased Fortnite before they added the free Battle Royale mode. There is also a PvE portion which is a lot of fun.

If you're not aware of the Battle Royale style of games, another well-known one is Playerunknown's Battlegrounds, or PUBG. They basically drop 100 people onto an island and everyone fights to be the last one standing. There are other versions of the game like duos, 4-player squads, and 50v50.

Fortnite mixes it up a bit since they also have a building function in the game which allows you to quickly build temporary walls and ramps. You can use these to get to high places or to defend against another player. It throws a loop into the normal BR gameplay.

Fortnite: Battle Royale is available on PC, PS4, and XBox One.

EVE Online was also in our list of our favorite Space Sim games, but it's also a super-enjoyable free-to-play game. There is a ton to do without needing to pay a dime and if you end up doing well in the game, you can even use your in-game money to buy PLEX. PLEX can be used to buy game-time and other upgrades.

I've played EVE Online on-and-off since about 2007. The parts of the game that require you to upgrade to a pay tier are obvious and not at all made to be in your way while trying things out. My main character, who I started in 2007, is a bit restrained unless I upgrade. That is because he has many high-level skills that I received while paying per month, but my lower characters can do a lot in game, basically every profession option, and still get more skill points.

EVE Online is available on PC and Mac. To be fair, it's been a few years since I played RIFT. But, if you're looking to scratch that MMORPG itch, RIFT is a good option. When I played it, it felt very World of Warcraft-like, which was nice since I am a long-time WoW player. I was able to get into it fairly quickly since the controls and UI felt familiar. Though, the world and backstory are unique and it never felt like a WoW clone.

I enjoyed the rifts that the game is named after. They can and will appear almost anywhere in the world. You can attack the monsters from these rifts solo or with other players in the area and get some great rewards. I imagine they've changed the game a lot since I last played, but it is still very active and I never remembered them pushing or tricking me into paying for anything. I know I did pay a few times, but that was because I was thoroughly enjoying my play time.

RIFT is available for PC.