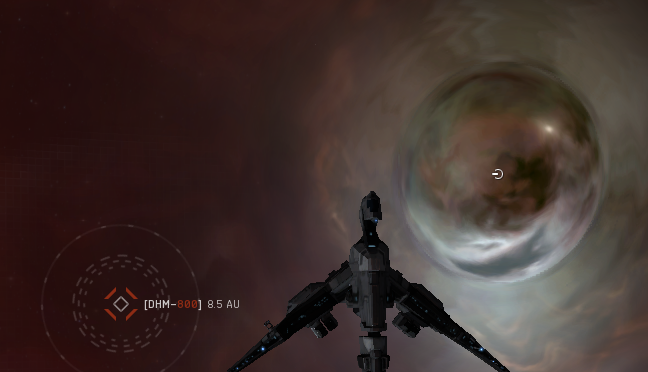 It's been at least 3 and a half years since I last ventured into the vast open darkness of Eve Online's universe. I was looking for a different kind of game to play recently, so I decided to renew my subscription and see what has changed. Since I created my characters back in October of 2007, I've played a bunch of Eve Online. I dabbled in a few things, but mostly industry, hauling, and mining, things I could do solo. I did play along with a few local friends, but they have since stopped playing, as far as I know. I usually had fun, but soon got bored, like I do with a lot of games, and stopped my subscription.

I did those same things for the first few weeks of my renewal and I did have fun. I had left myself a wallet of about 400 million ISK, which in terms of a lot of Eve Online stories, is nothing, but it's enough to allow me to have some breathing room to make more.

In the 7 years that I've had my characters, I've not lost one ship. Not one. That is, by definition, “care bear” style playing. I took basically no risks, as I also sometimes do in real life. I don't know why I was so scared to lose a ship. Sometime a few weeks ago, while playing another character on my account, not the industrial one, I was doing some exploration and my ship exploded. I honestly don't know what happened, but I do know that it was not due to another player, but an NPC or explosion of the item I was hacking. I broke my 7 year streak of no ships lost. That's actually a pretty sad way to do it.

I decided to upgrade this character with skills to allow him to do a lot more exploration. I plan to take him deep into low security and null space and sneak back out with millions of ISK worth of data and relics. I started with a cheap frigate and ventured into a close low security system, scanned down a relic site, warped to it and started hacking the items. Suddenly…boom! My ship exploded. I didn't spent time figuring out why and warped my capsule out of the area. I checked my kill log and it turns out that I was killed by another player. My first PVP death. I was obviously not flying very smart. Now that my so-called “ship loss” cherry has been popped, it doesn't bother me much anymore.

Though, now after training some skills and reading a great exploration guide, I now have a much more expensive ship. This one costs about 40 times more than my original frigate, but also has a lot more bells and whistles. It allows me to cloak myself, so I can do some reconnaissance before I jump the gun. I have now ventured pretty deep into low security, grabbed some exploration goodies, and got back out safely. I have yet to make a ton of ISK, but I have easily paid for the ship, so if I do lose it, no big deal.  My plan is to get a few more important skills trained and then dip my toe into null sec and maybe close my eyes and jump into some wormholes.

I know that people that don't play Eve Online are probably a bit lost of this (if they even made it this far) but Eve Online stories are always what get me excited about playing again.