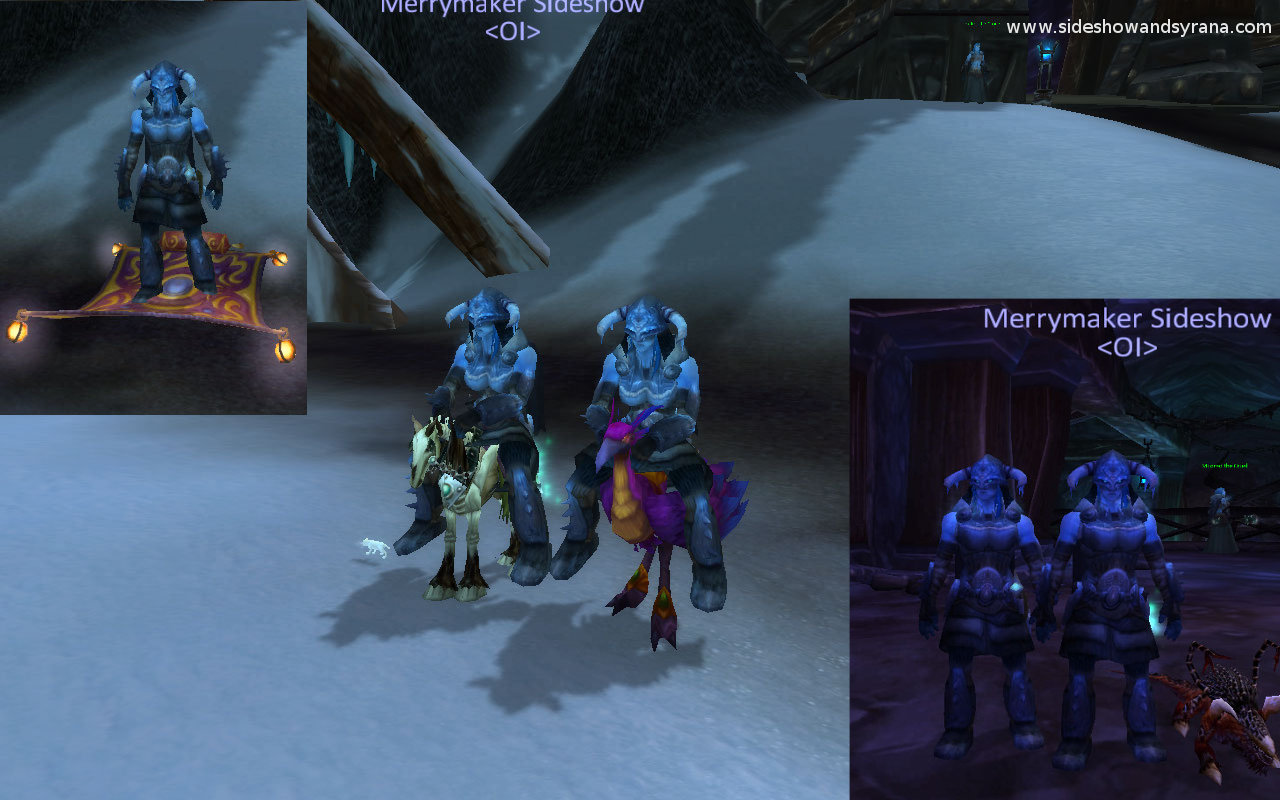 As you saw from my announcement post latelate last night (or earlyearly this morning), Syrana has reached level 80!  Sideshow had hit level 80 at least a good 15 minutes before I did because of his chilled meat and leather farming.  The ding occured in Storm Peaks again too!

We were having fun with the mighty Vrykul women disguises.  We looked absolutely ridiculous on our mounts.  I'm mean… just LOOK at us! lol

So that last level didn't seem to take very long.  Usually the last one seems to just drag and drag and drag.  I guess we'll have to see how quickly I finish it up on Aly now!

Funny thing is, Sideshow had made an offhand comment around the release of Wrath stating that he wasn't going to rush to 80 and would probably hit it by March.  We were by no means using any sort of time table, and managed to ding just a few hours into 2/28/09.  How's that for predictions?  Hmm, I didn't know Sideshow had been a fortune teller with the Darkmoon Faire…

The fun begins! Dailies, reputation, squeezin' out those last few points to max my professions, create my ebonweave set, create my frost resist set…. we've got work to do!  And we definitely have gold to earn to recover from the hit we took on training costs! Ugh.

(I had wanted to do a bit of a fuller post upon the grand dingage, but was waaaay too tired when it happened last night otherwise you would have received something like this here post you just read.  Coming soon will be another look at the endangered population of ‘locks.)