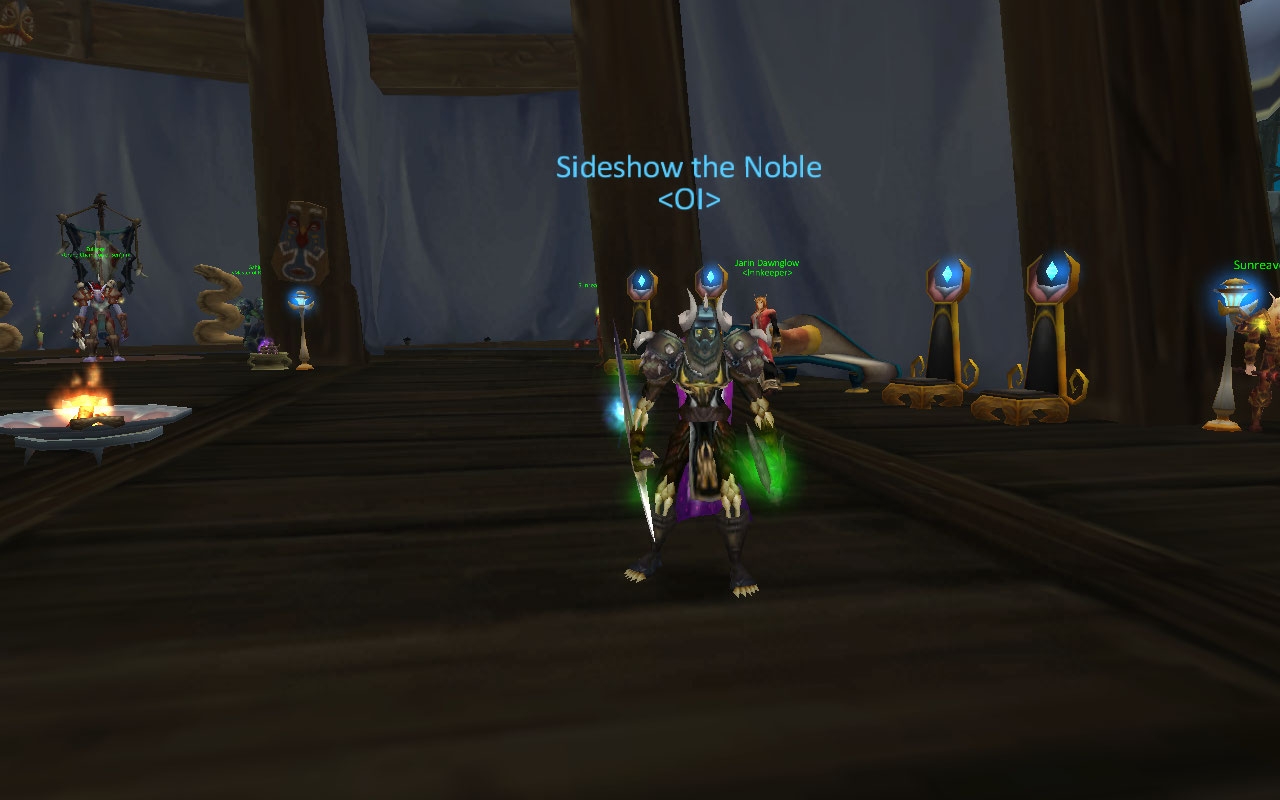 In the Presence of Enemies

I thought I'd post more about my WoW characters and history. I started playing in Marc h 2006 when a few of my friends from work kept talking about the game. One day, I spent some time on the official website looking over classes and backstory, etc. Instead of testing out using the 10-day trial, I just went and bought the game that night (back when there was only one to buy.) My friends were playing on Eitrigg, but that server was “locked” that night, so I just created a new character on another server (I have forgotten which by now.) Had fun on there, got confused a few times, talked to some weird kid..you know, all the normal things.

I finally was able to create a character on Eitrigg the next day. I liked the sound of the Rogue when I was reading up on the game so I picked that as my first class. It was an Undead Rogue named Sideshow, since my friends were also Horde. I picked that name since he had a crazy hairstyle that reminded me of a circus freak. Sideshow is currently my main (at level 78) and still the most fun to play for me.

Since then most of the friends that were on there have either stopped playing WoW or have gone onto other servers. One friend stayed from early on, but he plays mainly Alliance. The second character I ever created was Alliance (since I wanted to try both factions.) I made him a hunter since the pets looked fun and I named him Gertbee (inspiration). Currently, he's at level 71. Amazingly, he's the only Gertbee in the game according to the Armory. I play him here and there. But, Horde is still where my heart is at.

The other characters I have that I play “regularly,” as in here and there (On Eitrigg unless otherwise noted):

I assume Darcy will list her's in no time. Think she's feeling a bit under-the-weather right now. Wish her well.