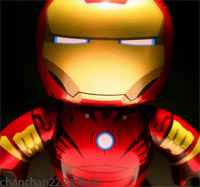 This weekend, I was an achievement bull dozer. I plowed through a bunch of somewhat rare and hard-to-get achievements through mostly luck. Sideshow beat out the whole server to get one and closer to a title and my Mid-40s Priest got a few that I've never thought I'd get on any character.

Sunday also seemed to be the day that the Alliance took off in our battlegroup. I rode a wave of about 10 wins in a row in a mix of Warsong Gulch and Arathi Basin for a few hours. A bunch of them were either 3-0 WSG wins or 1600-0 AB wins. We barely ever win, let alone shut the Alliance out. We also took Wintergrasp in record time on Saturday night, which also usually never happens since we are so outnumbered. I was in the group of about 4-5 siege engines that just tore through the east walls and then into the fortress door.

On Saturday, Sideshow also tripped and fell his way to a cool achievement.It was coming up to about 2PM when I remembered about the new fishing derby in Northrend. I've done it a few other times, but never had any luck. I didn't expect Saturday to be any different since I was not at home, at the in-laws, and I didn't have the best setup. I was using our laptop, which runs fine, but the controls without an actual mouse are quite the pain.

I flew down the the southern end of the continent and parked by a fish pool until it started. I had no luck a the first few pools and ended up flying a pretty good distance (past Valiance Keep) to find another un-fished pool. Third or fourth cast and a Blacktip Shark popped up. I was pretty surprised. I hit my Hearthstone and ported back to Dalaran. Now I'm on a mid-range laptop and using wireless, so I was wishing that no one else would beat me. Dalaran loaded pretty quickly and I was able to mount up and get to the quest giver. But, due to the slower laptop, the quest giver was not yet spawned on my screen. So, I had to sit there for a few secs as he spawned. Then when I try to turn in the quest I get an error. It seems I need to pick a reward. I didn't even look and picked the first one and hit “Ok.” Finally! I now have the Master Angler of Azeroth achievement and am one step closer to Salty Sideshow.

I had a few whispers of “Grats” and one that was like “Damn you..lol. I was on my way back to turn it in.” I didn't see what I picked, but it turned out to be the better reward. A nice heirloom ring, Dread Pirate Ring. It works out nicely, since I have a level 20s Rogue on the Alliance side that I'm questing around with. The other reward was Boots of the Bay, which are neat, but not amazing. Maybe I'll try for them later on. It is sort of an extra hearthstone.

I decided to try to play some Battlegrounds on my Mid-40s Priest to sharped my healing skills. Plus, it's a nice change from playing defense and/or DPS all of the time. I had no luck on Saturday night. It was mostly whining and complaining and not enough winning. I jumped in again on Sunday and hit that wave of insane wins and achievements.

In only an hour or so, I was able to get these on my Discipline Priest: The Grim Reaper, Let's Get This Done, Arathi Basin Perfection, Warsong Gulch Perfection, Not In My House, and not only Capture The Flag, but Ironman! On my healing priest! Hats off to those well-trained BG groups I had.

I even healed my first PuG dungeon when I ran Scarlet Monastery Cathedral. I know I was a bit high in level for it, but I wanted to get my feet wet on something a little easier. We only had one wipe and that was, I think, due to an errant runner in the actual Cathedral. We know how bad that can get. Hats off to those guys, too. Good tank and good DPS. We even helped a new warrior with some tips and tricks. I also started to learn how to use HealBot Continued. How do you heal without this thing? It's genius!

Who knew healing could be so much fun and cause so much havoc?