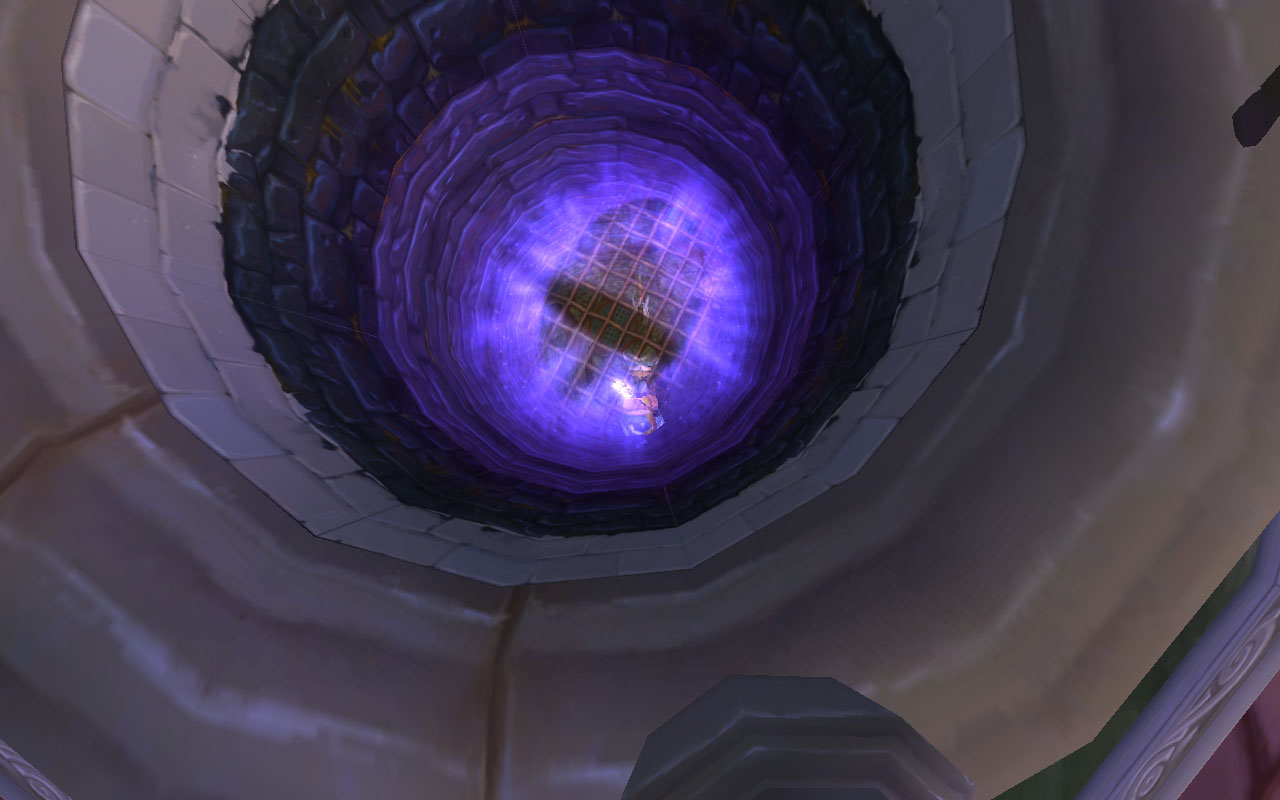 There were some great guesses for the location of the grave (with escaping skeleton) from last Sunday's screenshot.  However, no one got close enough!  It was a tough one, I know.  There wasn't much in the shot to give away the surroundings.  It's actually from Sholazar Basin!  Yup! On the western coast (beyond the Maker's Perch) on the Stormwright Shelf.  I came across the little graveyard while doing one of the Oracle dailies.

A couple days ago, it was quite embarrassing when I had to type into guild chat:

Yep.  I was working on the cooking daily in Dalaran.  Good ol' psychedelic mushroom meatloaf.  After grabbing my chilled meat from the bank, I went to hop down the well for a quick shot into the sewer.  Except for one problem.

At first I thought maybe it had something to do with the big ass Zhevra I was trying to wedge down there with me.

But I was still stuck.  Floating in the well.  Too low to climb out, too high to touch the sewer floor.  When I dismounted, my minion, Maagrom, disappeared into the depths…. of hell apparently, because I heard the “chink!” of his soul shard being regifted to me.  (Which you can actually see when that occurs in the above conversation.)

So, I thought I'd bring to you, the lovely series of images associated with my being stuck.  Oh, and yes, there were comments in gchat comparing me to Winnie the Pooh getting stuck in Rabbit's hole after eating up the honey.  -.-

So then I had to hearth and land, what, 20 feet away?  I still had to go into the sewers to pick ‘shrooms, but I decided to take a different route this time.