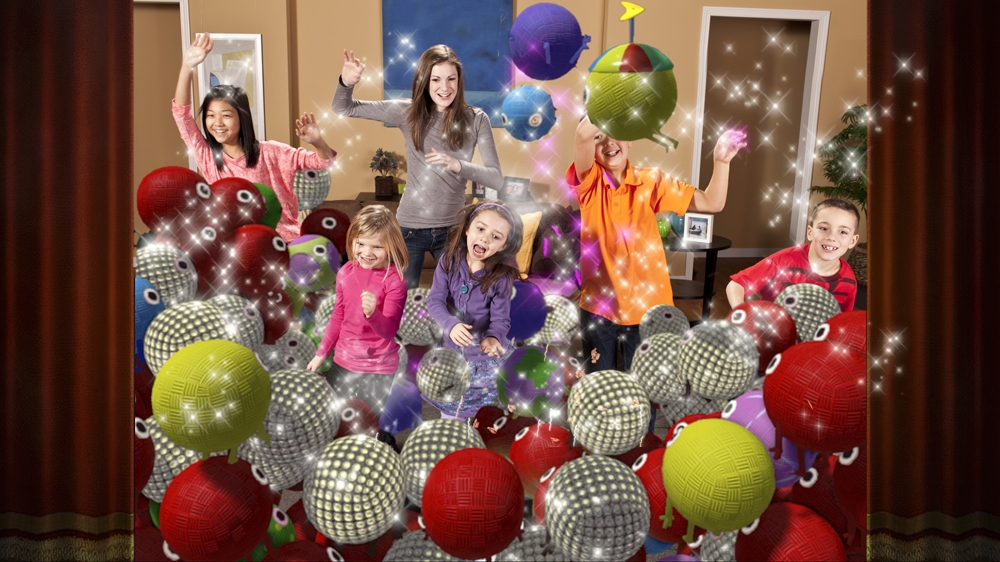 One of the things I think about as we raise our daughter (now 2) and have a son on the way (he's still taking his time) is how they will game and how we will game with them. It wasn't really something my parents did with us, mainly since video games were not really around in the mainstream until later. We did play a lot of board games together.

Our toddler daughter already enjoys a handful of games, mostly iPhone and Android apps designed for children. She does play some Xbox 360 games using the Kinect and she loves them. I first got her started using DoubleFine's Happy Action Theater. If you have kids and a Kinect, definitely pick this one up on the XBox Live Store. It's honestly even fun for adults, probably even more for drunk ones. She started a little slow on it, trying to go up to the TV and touch her picture on it, but now she totally gets into it and has tons of fun.

We recently also picked up another DoubleFine developed Kinect game, Sesame Street's Once Upon a Monster. She does really enjoy this one because she interacts with Cookie Monster and Elmo, but at her age she does seem to get a bit bored after awhile and Daddy ends up playing alone. Though, she does that with almost anything, so it's not the game's fault. She'll enjoy it much more when she's older.

She also got Kinect Sesame Street TV: Volume 1, but we have yet to play it (with all the new baby planning.) From what I read, this is sort of an interactive TV show for her to be involved with. I think she'll love it.

As we move down the road, I hope to get her more involved in thinking-type games, creative games, games that stretch her mind, too. I know she already loves playing with her Mega Blocks, so I'm hoping she'll fall in love with the endless creation and invention in Minecraft with me. I already got her loving it by making a massive Brobee for her to explore.