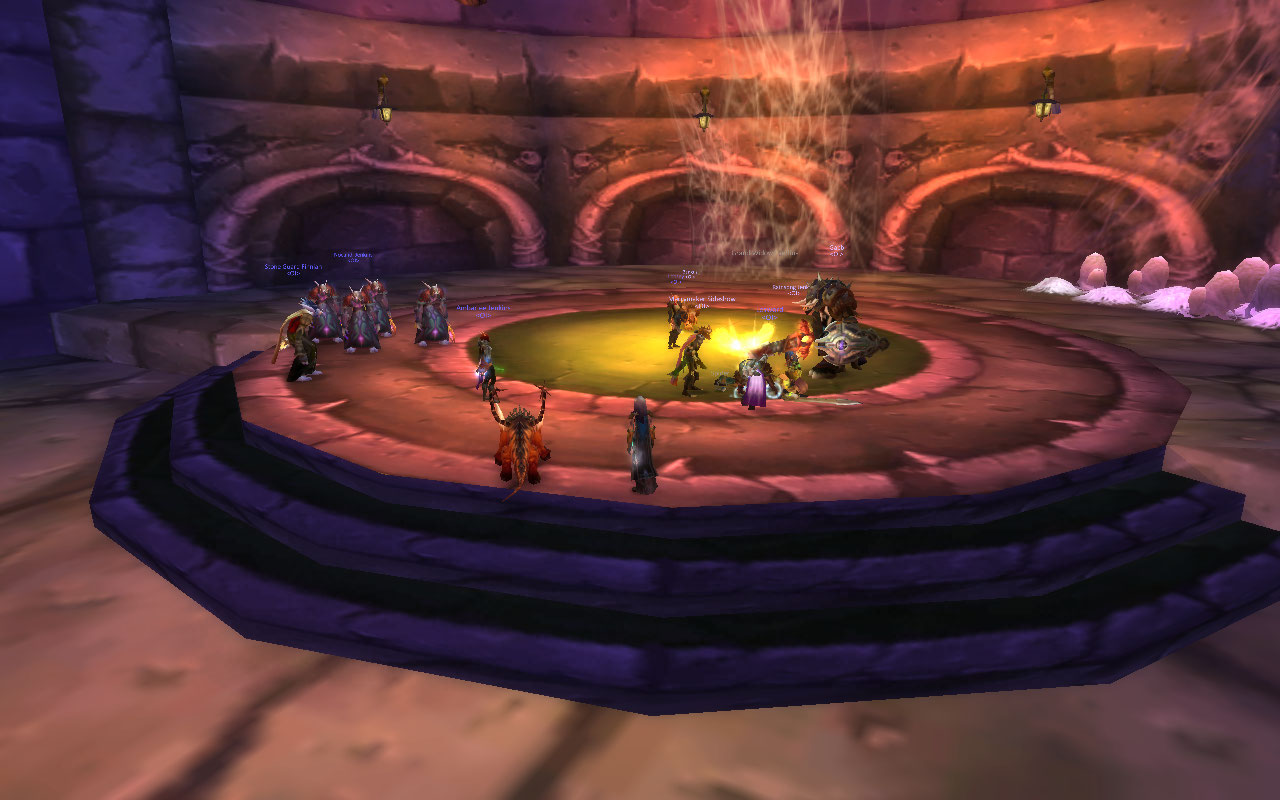 Taking Fulguralis' suggestion to have some fun with equating work with WoW and vice versa, I present you (and myself) with another way to look at what's been happenin'….

Our server is experiencing some isolated issues that don't seem to be affecting other servers or guilds.  Some of the problems, such as loot table nerfs, are a bit more widespread.

Our raid team is currently short a few people, which we are unable to PUG at the present time.  This has resulted in additional adds for all members to be responsible for.  We're also expected to output the same level of DPS, if not higher, than usual despite these circumstances.

The most frustrating bug is the lack of a boss in the encounter.  Although this is an isolated issue, it is quite a frustrating one.  GMs assure us they are aware of the issue and plan to fix it in an upcoming patch.  Of course, they need to test it out on the PTR and find the most appropriate fix.  It is undetermined when the PTR testing will begin and when the patch will be implemented.

As a result, I'm co-raid leading with another member of our guild.  We're doing our best with developing strategies for this new encounter.  Some of the old strategies are viable, but some no longer are.  I've co-lead this raid before; however, my current co-leader has lead other raids, but is not as familiar with the mechanics of this particular one.  We are anticipating having to change them again once the boss patch drops.

It has not been easy to ensure and enforce that everyone's gear, specs, and consumables are up to par.  At this time, we are having to be in a hardcore mindset with more elitist expectations of everyone, considering we're not running with a full raid.  The biggest concern is a few members look like they could die in a firing.

I'm sick of warning people to stay out of the damn fire.

The loot table has also been nerfed.  The level of rewards do not coincide with the difficulty of the encounter.  In fact, they are below it.  This may or may not be fixed in the future.  We've actually read some patch notes discussing future nerfs.  I'm not sure they realize how much this is and will affect our progression.

There is no achievement listed for completing this encounter without a boss, only a feat of strength.