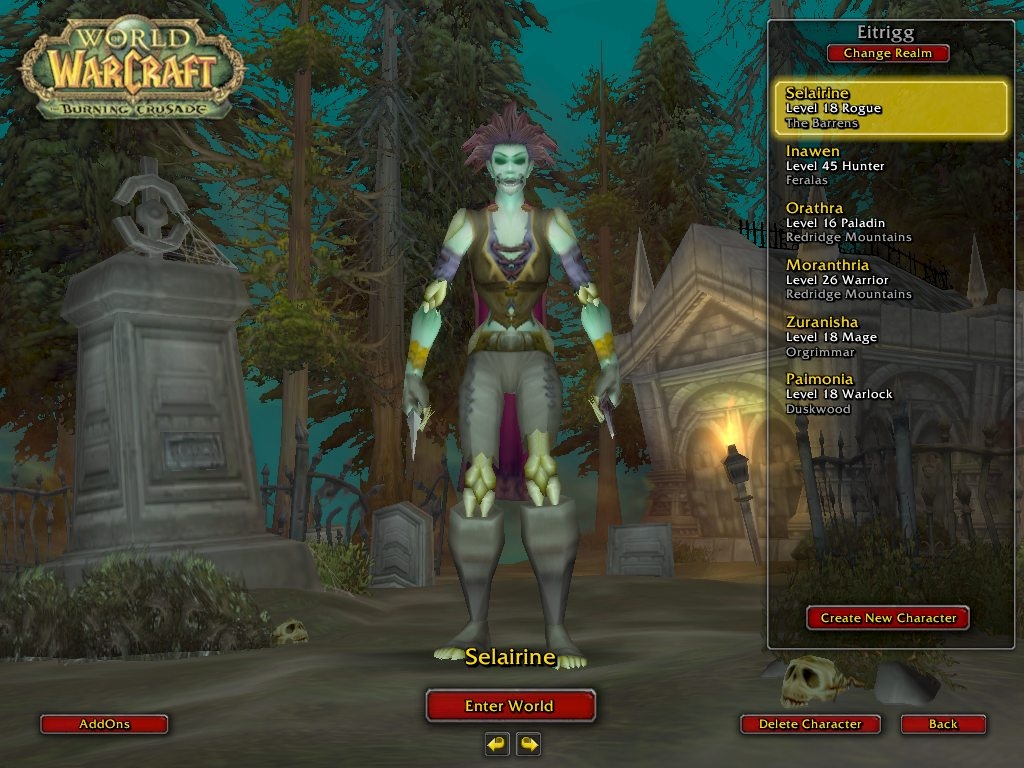 This screenshot is an interesting one.  When I first started playing WoW, I didn't take many screenshots.  I certainly hadn't thought to take screenies of my character screen either!  Well, I took this screenshot on January 22, 2007 (just a handful of days after the release of The Burning Crusade).

This (un)lovely Undead woman was my very first toon EVER.

The name listed under hers, Inawen, was my highest character ever until I rolled Alynedarra with the Blood Elf craze.

Stranger yet, NONE of those toons listed are in existence anymore.  They've all been deleted.

I am currently using the name Zuranisha for my Troll Death Knight, but that's the only resemblance my current character screen has to this one from two and a half years ago.

Interesting how things can change, isn't it?